Last year, I got cute and counted down my Top 18 Concerts of 2018. But when looking at this year’s concert posts, I realized that I only shot 15 shows in 2019. And while I could have added a couple gigs where I didn’t bring my camera to make it a Top 19 of ’19 (one such gig did end up on this list), I figured that 15 was a pretty decent number to go with. So, without further ado…

1. Maryland Doom Fest 2019, June 20-23 (Day One, Day Two, Day Three, Day Four): The 2019 edition of the annual Frederick, MD festival was quite possibly the best lineup I’ve seen since the inaugural Psycho Las Vegas. Headlined by Conan, Pentagram and Mothership, with lots of solid U.S. doom/sludge bands, many of whom I was seeing live for the first (or second, or maybe third) time. Catching Pentagram on pretty much their home turf was special, but the most memorable set might have come from Boston-area sludge fiends Warhorse, who had reunited specifically for this occasion (they later played Psycho LV as well). 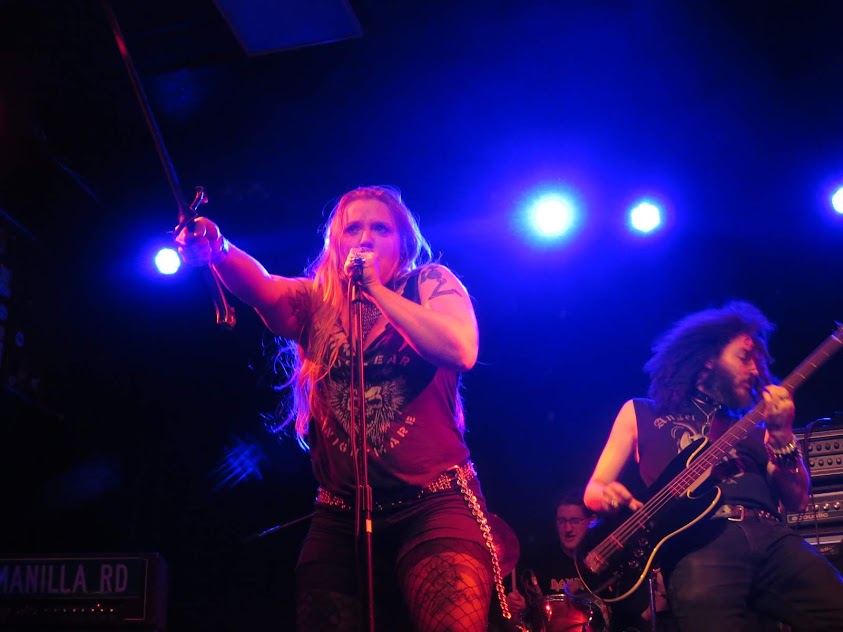 2. Pagan Altar/Blood Ceremony/Cauchemar/Smoulder @ Lee’s Palace, August 24: The best local gig I saw last year featured two of Canada’s top doom bands and our preeminent occult rockers opening for the legendary Pagan Altar. I had actually seen a very similar lineup nearly a decade ago in Montreal (swapping Smoulder for Revelation), and despite the loss of Pagan Altar frontman Terry Jones, their set was nearly as outstanding — as an added bonus, I wasn’t even sick this time!

3. Church of Misery/Mondo Generator/Toke @ The Sanctuary, Detroit, May 25: They say Detroit is the new Brooklyn. For years, I was fearful of setting foot in the burned out Motor City, but The Sanctuary, a newly-renovated spot on the main strip of a suburb known locally as Ham-tragic, might be the nicest bar I’ve ever seen a metal show in — and the place is predominantly a metal venue! As for the lineup, this bill was stacked with local openers Against The Grain; Toke, an outstanding southern sludge trio that I saw again in Maryland; Nick Oliveri’s Mondo Generator (yes, they did a couple Kyuss covers) and Japan’s mighty Church of Misery, who I hadn’t seen in several years. Let’s just say I’m very much looking forward to CoM’s long-awaited Toronto gig in February, which boasts a pretty solid bill itself, with support from Forming the Void and Black Wizard!

4. Corrosion of Conformity/Crowbar/The Obsessed/Mothership @ Opera House, February 20: This was the second straight year that a COC gig cracked my Top 5, as their January ’18 gig with EHG (minus BLS) came in second to Sleep that year. And speaking of a stacked lineup — anytime you can see Wino, Windstein and Woody Weatherman on the same stage, you know you’re in for an evening of epic riffs! Not to mention that Mothership put on another solid opening set…although it was great to see ’em finally play for more than 30 minutes at Maryland Doom Fest. 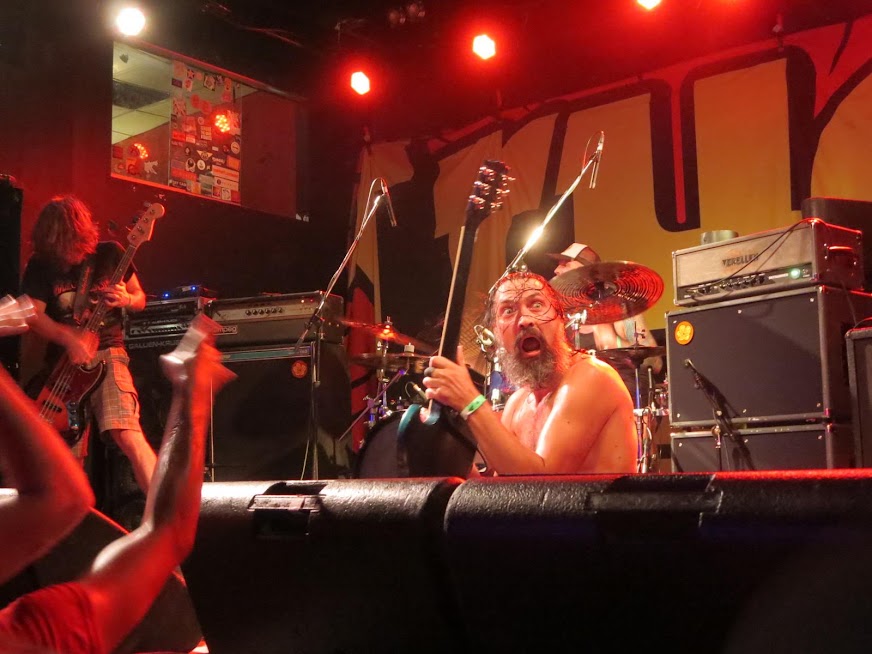 5. Truckfighters/Sierra/Familiars @ Lee’s Palace, August 16: Seeing Truckfighters live is always a good time, and that was only amplified when they played their classic debut album Gravity X in its entirety. Local opening acts were solid and well-chosen, although nobody was really talking about the openers…except the one guy who was so zonked out that he thought Familiars were the Truckfighters, and complained that they left at 8:30 after only playing a few songs. 😆

666. Iron Maiden @ Budweiser Stage, August 10: Having not missed a Maiden tour since 2006, I can say that the older they get, the more elaborate their stage show becomes — and it’s not like there’s been a significant drop-off in the band’s performance, either. While they played enough of the classics to keep the whole crowd happy, it’s always better when the opening act isn’t related to Steve Harris. (Bring back Alice Cooper!)

8. Graveyard/Uncle Acid @ Danforth Music Hall, March 30: While this was billed as a co-headlining tour, a sizable portion of the crowd left after Uncle Acid’s (opening) set…which is to say that they’re posers. For my money’s worth, Graveyard put on the better show. 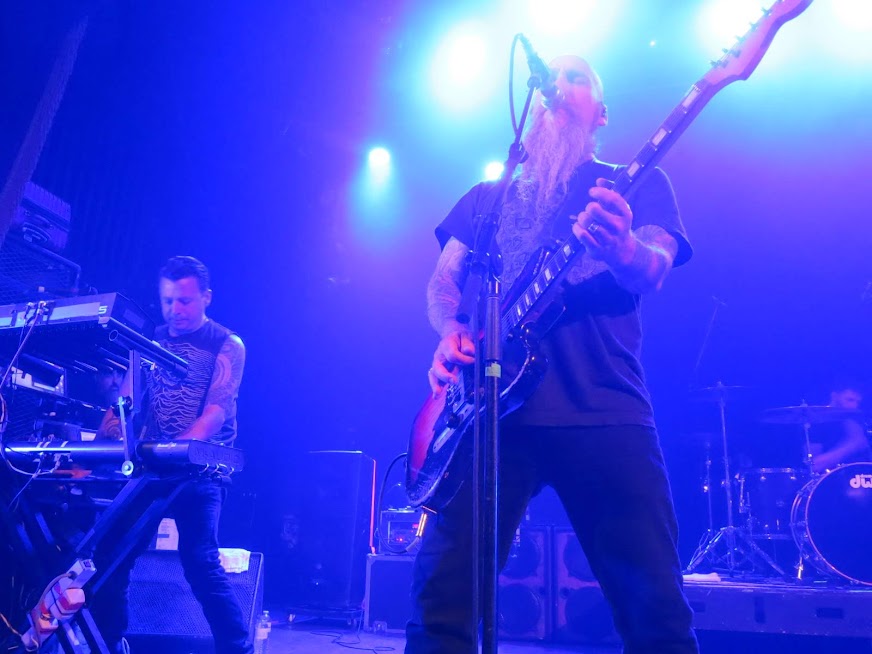 9. Neurosis/Bell Witch/DeafKids @ The Opera House, August 15: Not sure if I’ve ever seen such a stacked month for shows as August 2019. Iron Maiden played back-to-back nights on the 9th and 10th, then Neurosis and Truckfighters played back to back on the 15th and 16th, and then Pagan Altar and company played Lee’s Palace on the 24th. I’m almost surprised I emerged with my hearing intact! Alas, while the opening acts on this tour were not up to par, Neurosis put on another solid performance.

10. Brant Bjork/Ecstatic Vision/Ian Blurton’s Future Now @ Lee’s Palace, September 25: A Brant Bjork Toronto show had been an annual summertime ritual for many years during NXNE. But until last September, Brant hadn’t been to town in over four years — so it was great to see him back!

11. Earthless/Maggot Heart/Sacri Monti @ Lee’s Palace, October 8: Tough call between this gig and Brant Bjork for the last spot in my top 10, especially since the two shows were just a couple weeks apart. But I had to give the edge to Brant, since I hadn’t seen him in a while — also, the middle act on this bill, German goth/grunge trio Maggot Heart, was a major buzzkill. 12. High on Fire/Power Trip @ Danforth Music Hall, November 25, 2019: High on Fire’s first tour post-Des Kensel went off without a hitch…although I was a bit disappointed that there weren’t any other stoner/sludge bands on this particular shindig. 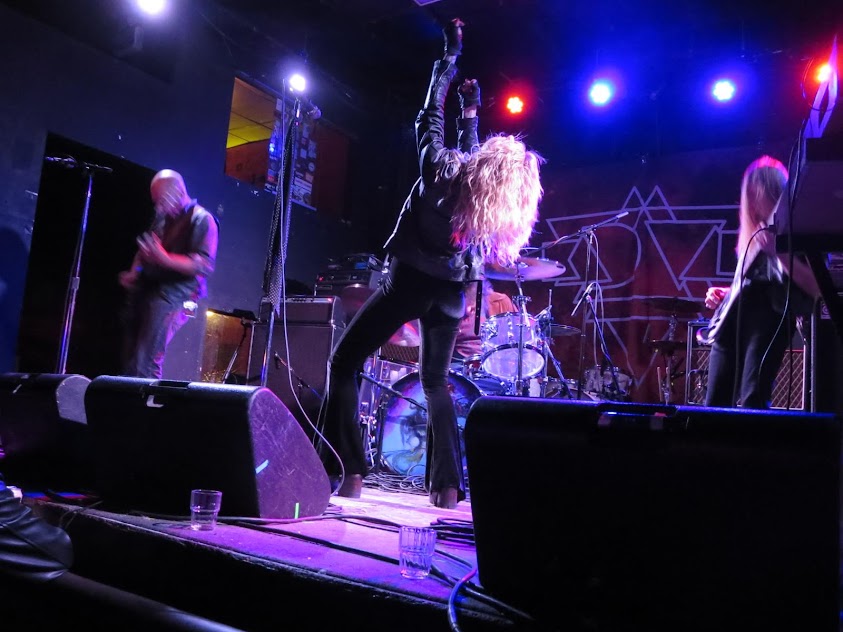 13. Kadavar/Ruby the Hatchet @ Lee’s Palace, December 17, 2019: Kadavar’s first Toronto gig in over five years was slightly marred by the stage-right sound mix — not enough keyboards for Ruby the Hatchet and waaaay too much bass for the headlining band.

14. Ufomammut/Kings Destroy/Witchrot @ Hard Luck Bar, April 27: Ufomammut’s first Toronto gig since 2015 (I’m detecting a recurring theme here) was a more stripped-down affair, but still a solid show, with reliable support from NYC’s well-travelled Kings Destroy and local openers Witchrot, whose drummer came to us from beyond the dead. 😉 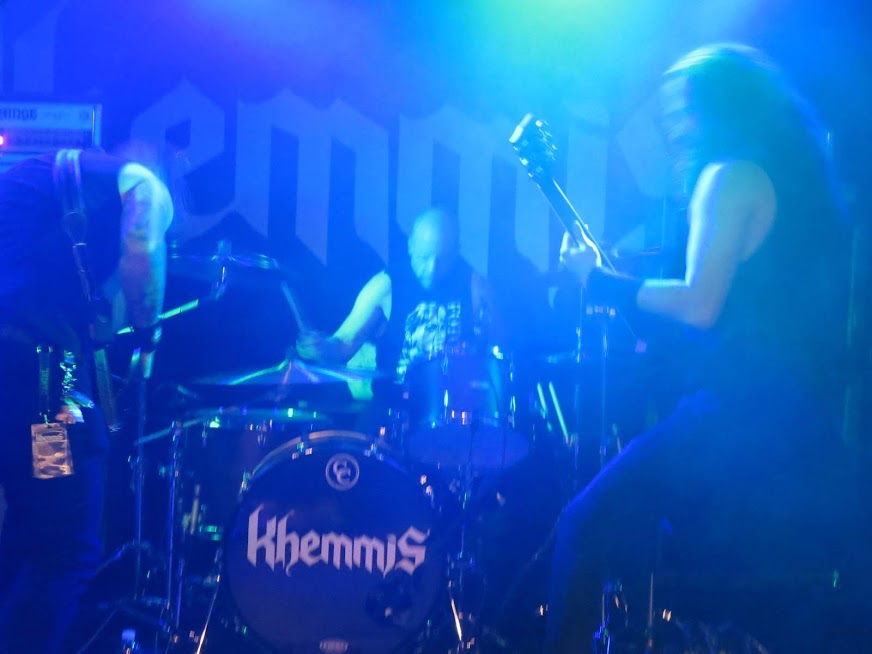 15. Khemmis/Cloak @ Velvet Underground, July 24: The first Toronto headlining show from Denver’s Pallbearer-adjacent outfit Khemmis was actually more of a co-headlining gig with blackened act Cloak, who played a little longer than I would have liked.

Not gonna lie, when I see a self-professed stoner/occult rock outfit with the word Witch in its name, I kinda cringe a little (notable…